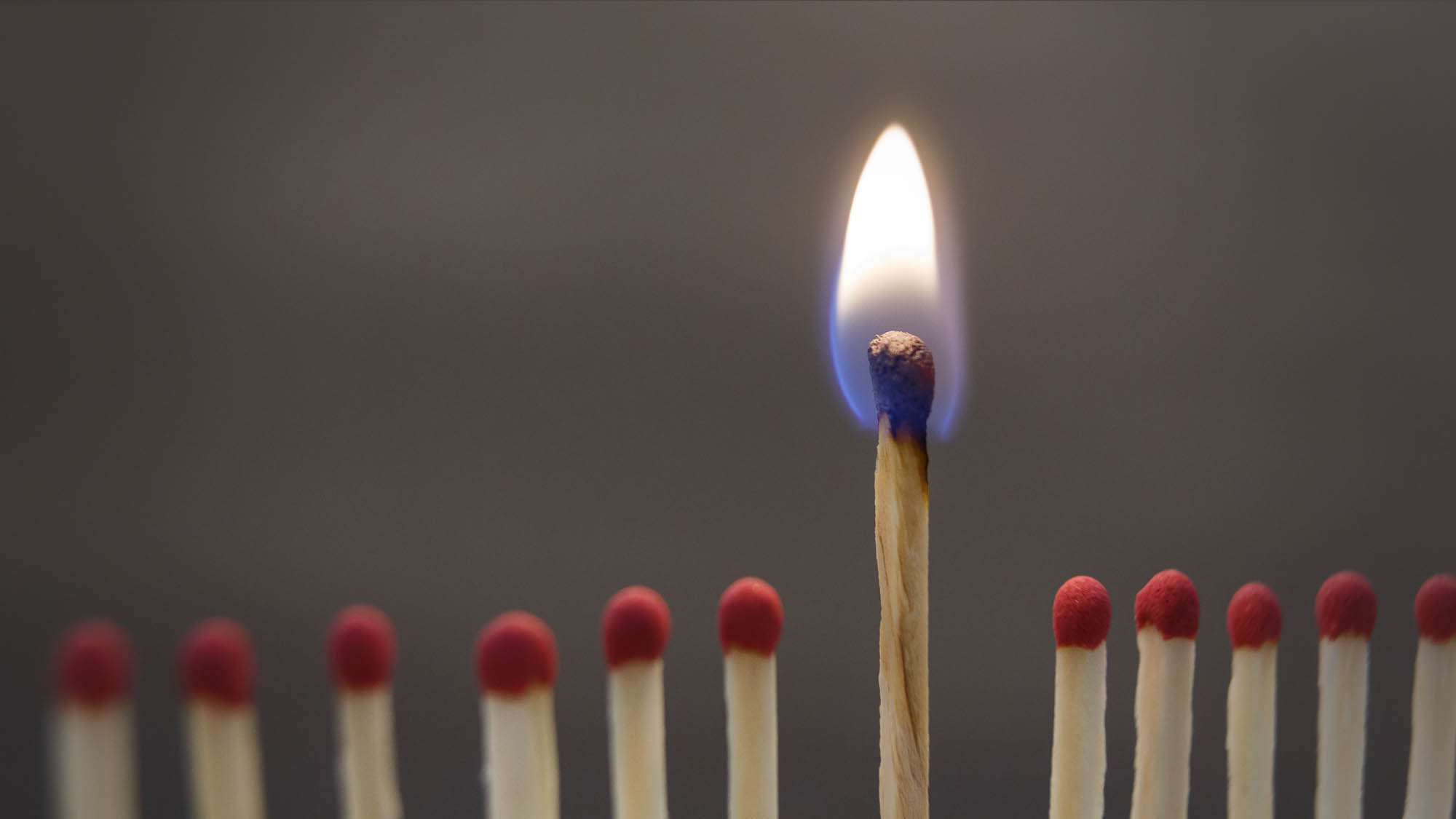 In everyday life, millions of us are stuck in a rut. Sometimes the patterns that we find ourselves in take up so much energy just to maintain, that we lack that additional energy to change our situation. Or we are generally unmotivated by our current status, and because we lack the ability to express that in a positive way, we just do nothing. It is not uncommon to hear someone say of a coworker or employee suffering from inertia: “We need to light a fire under him/her.” Without even recognizing it, they are referencing Newtonian Physics. They are implying that an outside force needs to be applied to that person to change their current state.

As managers, lighting a fire under someone can take two forms. You can build up a fire by adding more oxygen or adding more kindling. Good leaders will be able to determine which path will work better.

Sometimes people just need room to breathe. They have been ‘running and gunning’ so hard for so long that they have expended all their energy. Typical candidates for this are the high performers who seem to hit a wall, or employees who say they are stretched too thin, or peers who say they feel like they are treading water. They are burned out. They need a break – a vacation, a change of scenery, or more free time in general. They need oxygen.

If none of these seem to work, well, it might be time for a different conversation. But I am a firm believer that nobody goes to work every day planning to be mediocre, so a solution to inertia can always be uncovered.

For those who are not stretched too thin but seem to be underperforming anyway, maybe they need more kindling. If an employee does not find their work challenging, it can lower their motivation to keep doing it. They might just go through the motions every day, possibly while searching for a better job.

If you’re not a manager, and you feel like the descriptions above fit you as an employee, find a way to light your own fire. Are you doing too much? Would you like to do something different or more challenging? Does your team leader not utilize your full skill set? Do you think you are capable of so much more? Let everyone know that.

Most managers are not going to turn you down if you ask to do more work. But it may be that you’ve not been given those opportunities because you haven’t demonstrated those abilities. Find a way to increase your manager’s trust in your skills.

Everyone is capable of burning bright. It’s just a matter of finding the conditions that will light that fire.