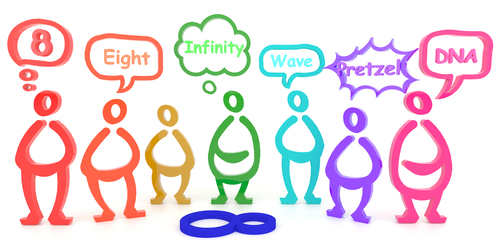 The Case for Diversity

In today’s world, “diversity” is getting a lot of buzz.  It comes up in several ‘word clouds’ in business, news, education, politics, entertainment, and all over social media. But what does diversity mean?  Merriam-Webster defines it this way:

The condition of having or being composed of differing elements: VARIETY
Especially: the inclusion of different types of people (such as people of different races or cultures) in a group or organization

I love that the word “variety” was included in the definition because, unfortunately, diversity can sometimes be seen as a threat.  Diversity can trigger thoughts of quotas, and unfair practices.  But “variety is the spice of life”!

So what is the case for Variety?  Having various points of view in a meeting can lead to new and unforeseen outcomes – also known as innovation.  I’ll give you a quick personal example…

I attended a board meeting for my Homeowner’s Association last week.  We talked about what to do with our current mailroom, which is outside in the parking deck and had been vandalized.  There were discussions of adding doors with locks, and key fobs, or putting in more surveillance cameras.  I raised my hand and asked: “Why don’t we move the mailboxes inside, to the common room?” I was met with looks of incredulity and silence.  Nobody had ever thought of that before.  It was a radical idea! It seemed simple to me, because I had never had this discussion before.  I was not trying to amend the status quo. I offered something completely different.  And overall, the cost would be the same and it was a better solution.

How was it that I was able to come into this meeting and be such a radically different voice from everyone else in the room?  It’s quite simple – they had never had an ENGINEER in the room before. Most of the members of the board were in hospitality, commercial real estate, or other customer-facing industries.  They had been doing a great job, but sometimes, you just need a scientist or engineer to look at things differently.

This is why diversity, or variety, makes businesses better.

From a similar standpoint, you could have a room full of engineers make the world’s best product and not know how to name it or sell it – they need a marketer.  You could have a room full of musicians that would never develop a feasible business plan, because nobody in the room studied business. The list is endless.  And each example further proves why DIVERSITY OF THOUGHT is a must-have for any business or enterprise to thrive.

The second part of the definition mentions having people of differing backgrounds in a group.  This is what companies should strive for.  The visual aspect of diversity is the easiest to track – skin color, gender, etc. – but there are so many more types of diversity that can truly elevate the level of innovation. I hypothesize that the best team is one made up of left- and right-brain thinkers, visual and auditory learners, detail oriented and ‘grand scheme’ planners, and conservative and non-conforming personalities. If you can achieve a group like that, they can do anything.

There will be disagreements, but that is where “Inclusion” comes in.  Diversity is having different people in a room together.  Inclusion is giving them all equal respect and consideration for their contributions.

What does inclusion look like? Let’s go back to my example with my HOA board.  After the meeting, the president came up to me and thanked me for my idea and said he would investigate that possibility. He went on to ask my opinion about a project for the parking deck.  We talked for another 30 minutes, and I left feeling like I had contributed to my community.  I decided to get more involved with the HOA meetings.  I had become engaged.  Again – this is what companies need.  Because my HOA president made me feel appreciated for my different thoughts, I am now ‘all in’ with the HOA.

How much more could a company, school, or non-profit achieve if every single person in their community was ‘all in’? I talked before about the comfort of authenticity, and how being allowed to be yourself builds loyalty to the group.  It also creates a wellspring of energy for everyone involved. Diversity & Inclusion is the next evolution of getting your enterprise from good to great.

In spite of what you might see on television, this country is a great example of diversity.  We were the “Great American Melting Pot”*.  We shared cultures and ideologies and thought processes and inventions and innovations – all to the betterment of our communities.  We aren’t without our flaws, and some are resistant to change, but allowing everyone to be included will keep us at the top of the political and socioeconomic food chain.  Diverse backgrounds are what makes America such an amazing experiment in the first place.  Giving all of those backgrounds a voice can only lead to a brighter future.  This is something that we can keep excelling at, if we aren’t afraid to embrace it.