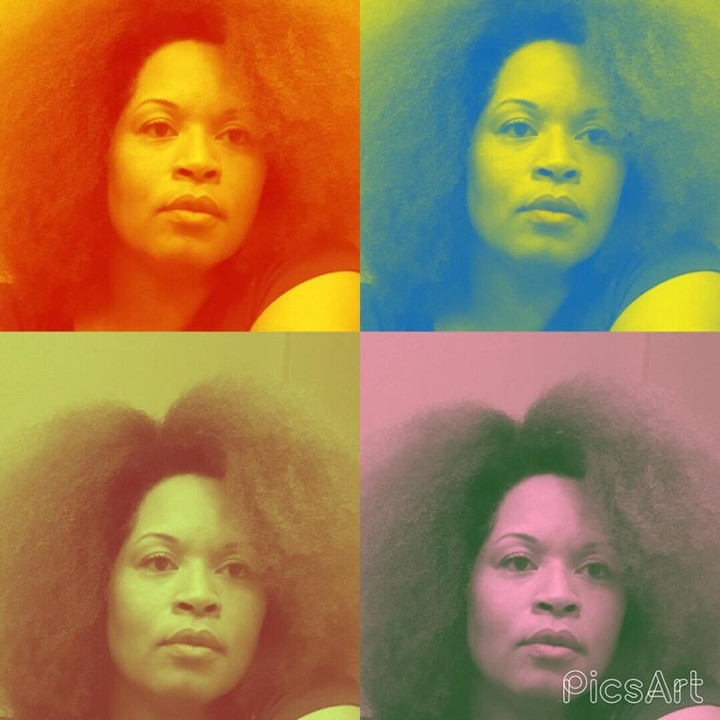 The Comfort of Authenticity

I had been with my company for over 15 years before I dared to be my authentic self within the confines of Corporate America.  It all started with Chris Rock’s movie, Good Hair, which fueled my decision to wear my hair in its naturally curly state in 2013.  I had grown up with the understanding that my natural hair was not acceptable for school or work.  It looked “a mess”.  I’d even counseled other younger black women about the dangers of being seen as ‘militant’ at work. Sadly, this is how damaging norms are perpetuated. I was part of the problem once, because I’d drunk the Kool-Aid.  I was not the first woman to ‘go natural’ at my job, but I was still afraid to do it. What if people treated me differently? Was this ‘too much’ for someone trying to climb the corporate ladder? After 6 months of worry, I went all-in and cut all my hair off.  Big chop!  When I showed up one day with my hair cut into a TWA (teeny-weeny afro), my boss took one look at me and said “How cute is that?! I love it!” and then continued walking down the hall.  That one sentence cemented my loyalty to her.  Although I was worried that I would become ‘the girl with the afro’, I found that I was still just Joy. Being part of a company that supported my authentic self made me want to bring my full energy to work.  I wish I’d done it a decade earlier.

Everyone has a story like this.  You may be forcing yourself to smile more because you’ve been accused of ‘resting b—- face’ and you don’t want it to hurt your career.  You may be changing your partner’s pronoun from he to she, to avoid the harassment and awkwardness of being gay in a heterosexually-dominant environment.  You may have vowed to never eat certain foods at work, because you refuse to reinforce misleading stereotypes. You may decline to speak up at work or in school, because you don’t want to be labeled a trouble maker or ‘bossy’.  You practice ‘losing your southern accent’ at night and remove ‘y’all’ from your vocabulary, so that your colleagues in the north take you more seriously.

In 2008, I had a personal trainer, and we were very friendly with each other.  From time to time he would talk about his girlfriend Charlotte.  It always seemed like he was holding something back from the conversation, but I couldn’t figure out why.  About 6 months later, he came out to me and told me that Charlotte was really Chuck, and he was gay.  I asked him why he didn’t tell me earlier.  His response: “I wasn’t sure you would keep being my friend.”

That broke my heart. Not because he had those thoughts about me, but because I knew that somewhere along the way he had been made to feel that he could not be himself, to the point that he was afraid to tell me the truth, even though he considered me a friend.  He was living two lives to make everyone else comfortable.  But his own comfort zone was eroding day by day.

Although it is good to get out of your routine or comfort zone, there is a difference between trying something new and being someone new.  Being someone you’re not, even for a few hours, is exhausting.  But we do this every day!

How many of you go to work, or to school, and ‘smile’ your way through the day, impatiently waiting on a chance to ‘chill’ when you get home?  We create a ‘work face’ or a ‘game face’ so that people will see what we think they expect to see.  We ‘code switch’ – meaning we speak one way at work and another at home.  Hiding your true self and maintaining a façade takes tremendous amounts of energy.  And the loss of that energy manifests itself in different ways.

Do you have a coworker that just never seems to want to hang out after work? Maybe they are tired of not being themselves all day, and the thought of extending that by another 90 minutes is just too much.  Have you ever walked by a car in the parking lot and made awkward eye contact with someone sitting in their car eating lunch, instead of going to the cafeteria?  Have you ever had someone make fun of your accent, or your dialect, or your style of dress, and try to hide it as much as possible? Because of microaggressions in the outside world, most people can only be truly themselves when they are NOT at work or school.  The further painful truth is that because of this, they cannot give 100% of their energy to their projects or studies – because 30% of that energy is expended on fitting in.

How much more productive could we all be if we were allowed to just be who we are, all the time?

One of the most productive employee perks to come along in 50 years was ‘casual Friday’.  Why is that? Casual Friday – which has its origins in Hawaii’s ‘Aloha Friday’ – allowed people to remove one source of social restriction one day per week.  When it first hit the mainland in the 90s, companies who had Casual Fridays enjoyed a surge in employee engagement and retention, and it didn’t cost them a dime!  Just letting people relax and be themselves allowed them to redirect that restricted energy towards something more productive.  Consequently, those companies that had Casual Friday enjoyed better returns to their shareholders as well.  Why do you think it’s still a thing?

But now that we can all wear jeans to the office, why are people still not being themselves? Well, as the employee talent pools become more diverse, the ways in which people strive to ‘meet standards’ has changed.  Now, people worry about food that smells too strong, music that no one else in the office likes, practicing their faith openly, dressing according to their gender identity, being seen as overly loud or aggressive, accidentally perpetuating a stereotype, and the list goes on.

One of the more recent major advancements in employee retention is allowing people to work from home.  I’ll give you one guess as to why that is successful.  Ironically, people often feel like they aren’t doing enough, even though they work much harder when they are at home – because they are sitting in their wellspring of energy.  People who work from home often talk about getting so much done that they don’t even realize the sun has gone down, or that they haven’t eaten all day.  Time flies when you’re having fun…

As I mentioned earlier, when I was able to walk down the halls of my company and be accepted as I was, the energy that gave me translated directly into productivity.  What I found fascinating is that, the more I was my true self, the happier I was with my work!  And because I was free to be myself, I was able to encourage others to be their authentic selves too.  It doesn’t matter if their journey is different from mine (gender, race, religion, etc), everyone deserves to be comfortable as themselves.  In today’s world, more and more people are finding or seeking environments that will allow them to be 100% authentic.  That is a cautionary tale for leaders who want to get the best and most out of their constituents: let your employees or students be who they truly are and they will show you what they can really do. Give them the comfort of resting in their own authenticity, and they will have more energy for the important things. You may uncover talents and innovation that never would have made it to the surface!